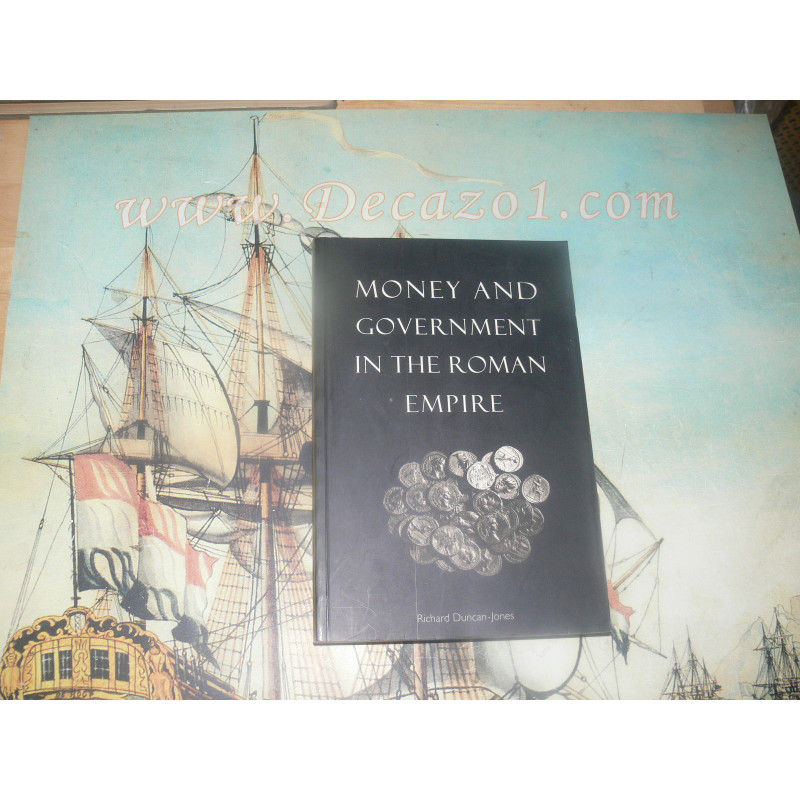 Duncan-Jones, Richard: Money and Government in the Roman Empire. 1994 Softcover

Money and Government in the Roman Empire

This book discusses minting and financial policy in the first three centuries of the Roman Empire. By studying Roman coin-survivals in a wider context, the author uncovers important facts about the origin of coin hoards of the Principate. The resulting analyses use extensive coin material collected for the first time. Dr. Duncan-Jones builds up a picture of minting, financial policy and monetary circulation that adds substantially to our knowledge and that stands as the only study of its kind for this period.

Rome's conquests gave her access to the accumulated metal resources of most of the known world. An abundant gold and silver coinage circulated within her empire as a result. But coinage changes later suggest difficulty in maintaining metal supplies. By studying Roman coin-survivals in a wider context, Dr Duncan-Jones uncovers important facts about the origin of coin hoards of the Principate. He constructs a new profile of minting, financial policy and monetary circulation, by analysing extensive coin evidence collected for the first time. His findings considerably advance our knowledge of crucial areas of the Roman economy.