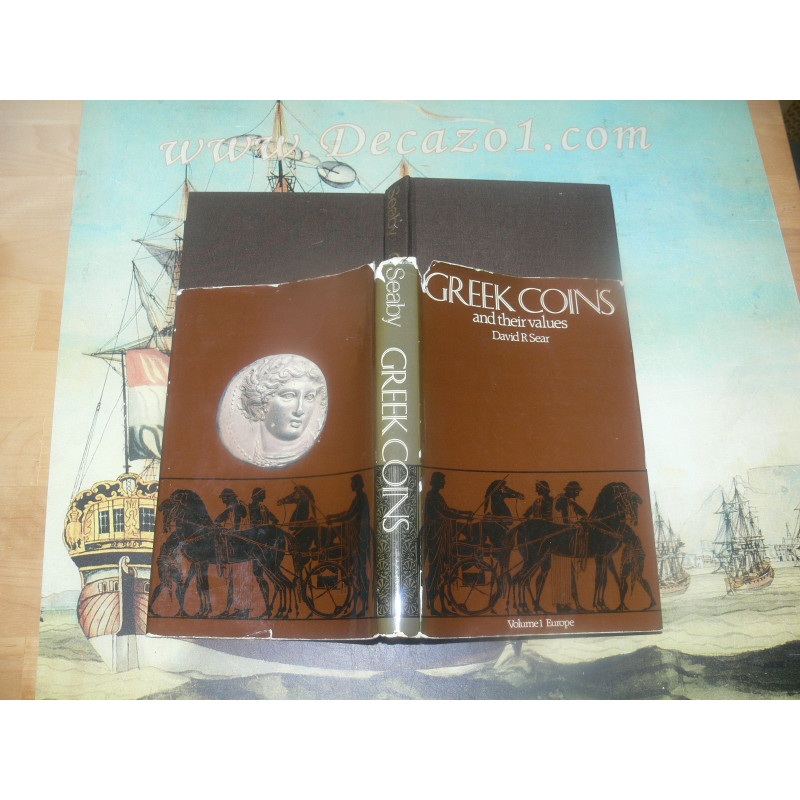 Greek Coins and their Values

Seaby, London, 1978. ( The content is the same as the 2000 reprint!) 317 catalogue pages, plus 40 pages of introductory articles, etc.; 13 maps; table of ancient alphabets; 3,395 coin types catalogued with valuations; 1,500 photographic illustrations (by P. Frank Purvey) in the text. For Condition, Index, and more details see photos.

ex G.J.R. Ankoné Library, with his ex-libris stamp on the first page.

The first volume of this catalogue deals with the issues of the Greek cities in Spain, Gaul, Italy, Sicily, Macedon and Thrace, Illyria and Central Greece, the Peloponnese, the Aegean Islands and Crete; also the Punic and Romano-Celtiberian coinage of Spain, and the Celtic coinages of Gaul, Britain (uninscribed issues), and Central Europe. The primary arrangement is geographical (west to east) and the listings are divided between Archaic issues (before circa 480 BC) and Classical and Hellenistic (later 5th century down to 1st century BC). Although not a complete type catalogue collectors should be able locate most coins which they are likely to encounter, in one denomination or another, and the historical notes provide much valuable background information.