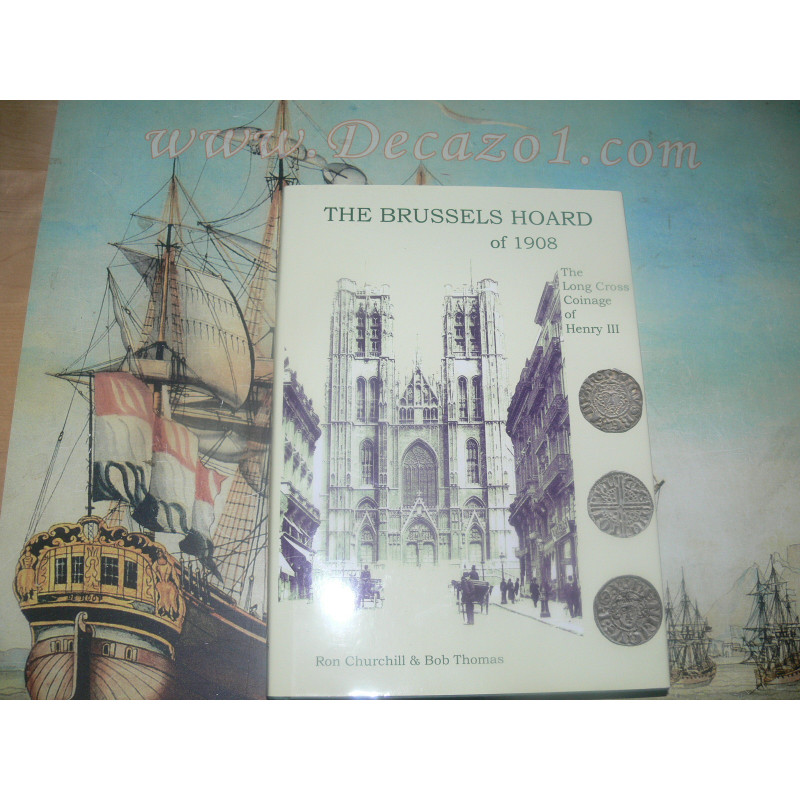 I have also listed the original 1909 Dupriez catalogue on the site!!!

The Long Cross Coinage of Henry III. The long-awaited detailed study of the Brussels Hoard. This study sets out to record and analyse the approx. 34,500 coins which remained at Baldwin's along with information about the coins already disposed of in various ways.

The long cross series was introduced under Henry III in order to prevent the coinage of the country being clipped and thus reduce the weight and value of the silver content of the coin. The idea was that an extended ‘long’ cross on the reverse would make much clearer to the user if coin had been tampered with and thus one should refuse it if the ends of all four limbs weren’t visible. The long cross also made easier the task of cutting the coin into halves and quarters, thus producing halfpennies and farthings, as no round small change would appear until Edward I’s [1272-1307] reform in 1279.

Another feature of this series which has proved useful is the inclusion after the kings name of either TERCI or III, denoting that they belong to the reign of Henry III [1216- 1272]. Unfortunately for identification purposes this practice was not followed in subsequent reigns until Henry VII [1485-1509] included such an indication on his coins.

The series is divided into 7 main types with various sub-classes following those, and descriptions of the key features to look for in order to identify coins of this series are given below along with an indication of their relative rarity. The maps of the mints in operation for each class enables the user to view the mint and the names of the moneyers who minted there, a useful tool in isolating a coin to a class from its reverse inscription alone.