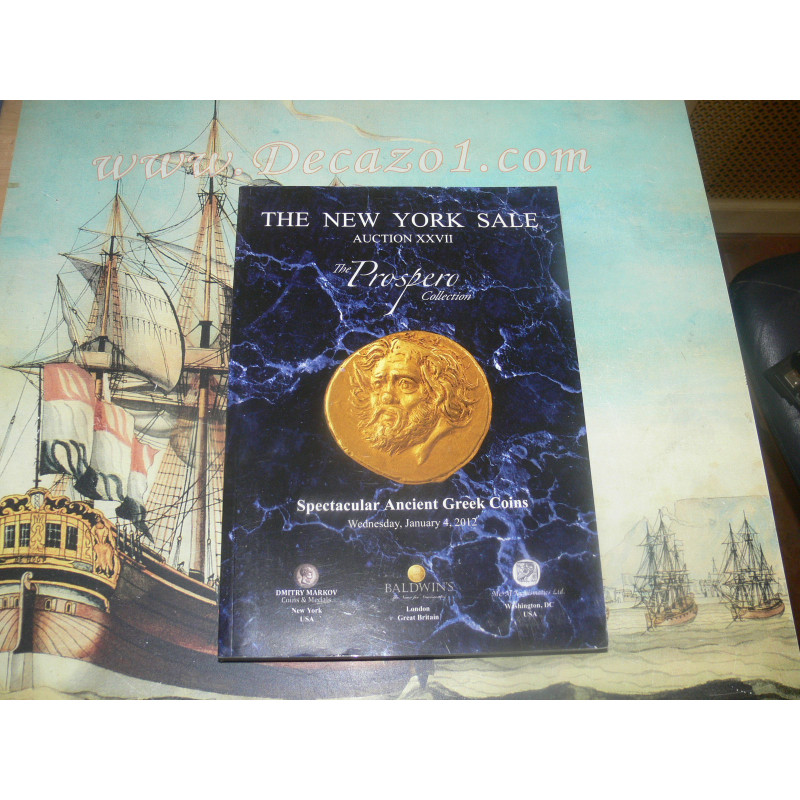 The Prospero Collection consists of over 600 coins from the Archaic, Classical and Hellenistic Greek periods and includes some of the rarest and most historicaly important examples of Greek coinage.

The collection was formed over several decades by a collector with a passion for the arts and a discerning taste for outstanding examples of the most beautiful and famous ancient Greek coins. Like the character of Prospero in Shakespeare’s The Tempest, an underlying preoccupation for the magical and mythical can be seen throughout the collection. It has not been added to in the past 20 years and remains complete and untouched, with many of the coins having pedigrees dating back to collections dispersed in the early 20th century.

“The Prospero Collection is the most important collection of ancient Greek coins to appear on the market in almost a quarter of a century, since the sale of the Nelson Bunker Hunt Collection in New York. This will, without doubt, be one of the most significant ancient numismatic events of our generation and an opportunity to acquire coins that have not been available for decades”.

The artistic beauty of ancient Greek coins has never been equalled by any other civilization and The Prospero Collection contains masterpieces from the 6th – 3rd century BC, all of the very highest Archaic and Classical artistry, created by the most famous artists and engravers of the time. Greek gods and goddesses bustle with each other and compete with mythical creatures and Greek heroes to be represented on these sublime miniature works of art. Within the collection the coins of ancient Sicily, particularly those produced at Syracuse, represent the very pinnacle of the die-engravers art.

There are examples of the Dekadrachm of Syracuse, among the largest and most famous of all ancient Greek coins, including a signed example, struck from the very first pair of dies engraved by the artist Kimon. The famous ‘Demareteion’ Dekadrachm, considered to be one of the most beautiful creations of fifth century B.C. numismatic art, is also represented. The artist who created this coin is considered to be one of the greatest master-engravers of the Archaic and Classical periods.

Supreme artistic beauty matches exceptional rarity throughout the collection and none represents this more than the breathtaking gold Stater from Pantikapaion, the importance of which cannot be exaggerated. It bears a facing head of a satyr, bearded and with long dishevelled hair. The work of a master artist, it is without doubt the greatest ancient Greek gold coin and its appearance in the sale will be met with considerable enthusiasm by numismatists.

The Prospero Collection is significant for containing beautiful examples of the coinage of Naxos. The coins from this city-state are widely considered to display some of the greatest artistry of all ancient Greek coins. The famous Tetradrachm from the mid fifth century B.C., its obverse type depicting the head of Dionysos and its reverse showing Silenos with his drinking-cup, is perhaps another of the greatest of all fifth century ancient Greek coins. It is important as it illustrates a move from the more rigid Archaic artistic style to a more naturalistic Classical one. The master-engraver who produced the dies for this coin is believed to be the same individual known as the ‘Aitna Master’, who produced the famous, and unique, Tetradrachm of Aitna.