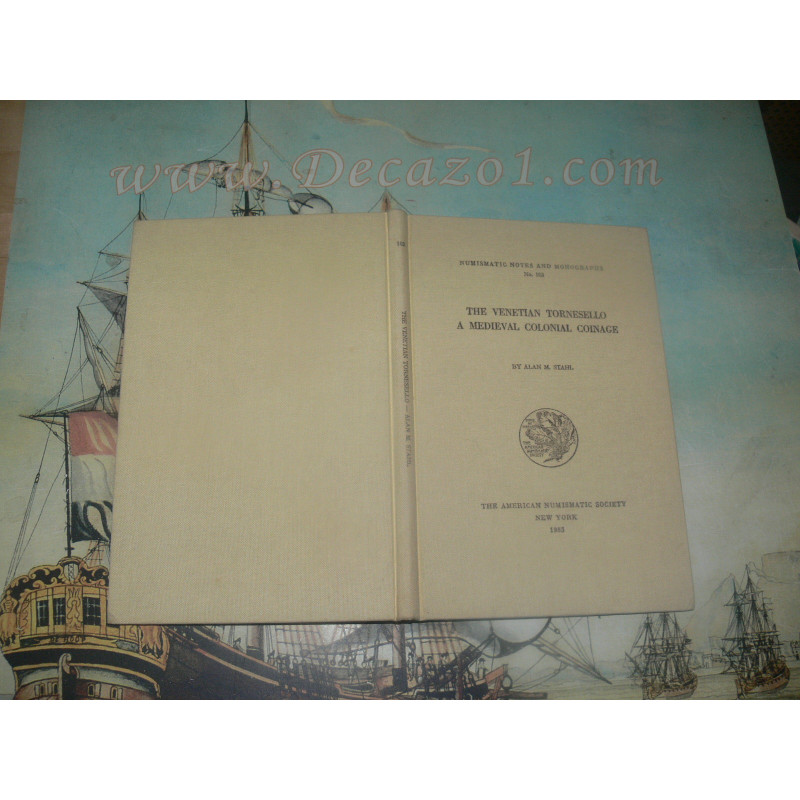 A complete study of Venetian coinage in medieval Greece.

Discusses the introduction of the Tornesello and its replacement of the solidino; weight and fineness standards; volume of production; its value in relation to other coins. Coin photos date from approx. AD 1245 to 1423.

Within a few months of assuming the position of curator of medieval coins at the American Numismatic Society in 1980, Alan M. Stahl was presented with a plastic bag containing a hoard of nearly 5,000 recently discovered coins, most of which turned out to be from medieval Venice. The famous Chalkis Hoard was discovered in Greece in late 70’s and it was given on loan to the ANS by an American coin dealer. This hoard was used as a great tool to get more information about Venetian medieval coins solely used in its colonies. This is the book about Stahl’s conclusions based on several years of research. Just after the middle of the fourteenth century, following the fiscal crises brought about by the Black Death and a costly war with Genoa, the Venetian government debased the soldino while maintaining the standards of the ducat and grosso. It also introduced a new coinage, the tornesello, whose circulation was imposed on all wage earners in the colonies. The best study ever written on the subject.

About the Author
Alan M. Stahl served for twenty years as the curator of medieval coins for the American Numismatic Society, and is currently a visiting professor in the department of history at the University of Michigan. His other books include The Merovingian Coinage of the Region of Metz and recently published Zecca : The Mint of Venice in the Middle Ages also published in Association With the American Numismatic Society.