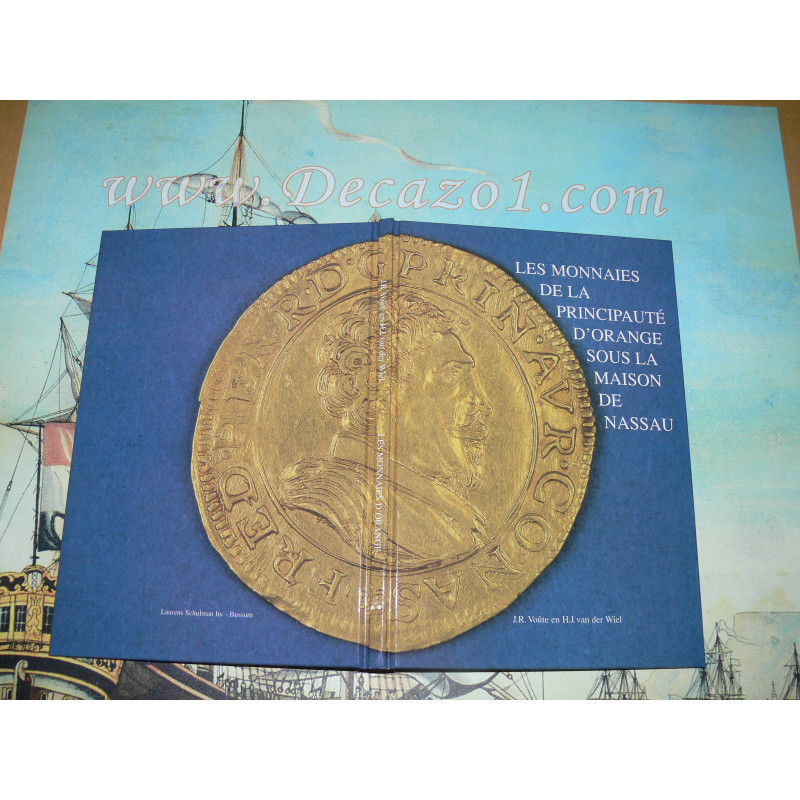 Voûte & Wiel, van der-English text- Coins of the Principality of Orange (France) under the house of Nassau 1530-1702

Coins of the Principality of Orange

With complete English translation (28 pages) by Decazo1 of the French text on CD. Only available at Decazo1!

To make Dutch numismatic literature (usually in Dutch or French) accessible to everyone, Decazo1 has decided to translate a number of numismatic books into English. The translation is on CD / DVD, you can print it yourself.

If you purchase another numismatic book, a PDF file (with text only) is often available, so that you can translate the text yourself using Google.

William I, Prince of Orange (24 April 1533 – 10 July 1584), also known as William the Taciturn, was the main leader of the Dutch Revolt against the Spanish Habsburgs that set off the Eighty Years' War (1568–1648) and resulted in the formal independence of the United Provinces in 1581. He was born into the House of Nassau as Count of Nassau-Dillenburg. He became Prince of Orange in 1544 and is thereby the founder of the Orange-Nassau branch and the ancestor of the monarchy of the Netherlands.

A wealthy nobleman, William originally served the Habsburgs as a member of the court of Margaret of Parma, governor of the Spanish Netherlands. Unhappy with the centralization of political power away from the local estates and with the Spanish persecution of Dutch Protestants, William joined the Dutch uprising and turned against his former masters. The most influential and politically capable of the rebels, he led the Dutch to several successes in the fight against the Spanish. Declared an outlaw by the Spanish king in 1580, he was assassinated by Balthasar Gérard (also written as "Gerardts") in Delft in 1584.